After a spate of bomb threats and mass shootings there are still many myths about the attribution of these events and the underpinnings of violence.  The knee jerk reaction is to attribute the recent Thousand Oaks, CA nightclub shooting to a “crazed gunman” but that would unfairly place the blame on the mentally ill.  12 people were left dead in a despicable sequence of events during which the shooter Ian David Long posted that he had no reason for doing it except boredom.  In truth, most people with mental illness are not dangerous, and most dangerous people are not mentally ill.” Liza Gold, 2013. But Long had a history of violence and aggressive behavior that may have been linked to his service as a decorated US Marine. Published information suggests Long’s mother was terrified of making him angry out of fear that he would harm or kill her. Was Long’s terminal behavior attributable to mental illness or the result of traumatic events he experienced in the service of his country?

“Fact is I had no reason to do it, and I just thought….(expletive), life is boring so why not?”  Ian David Long via social media post (now removed)

Psychological experts believe mentally ill persons lack the higher order planning to execute the complex steps necessary for anything more than petty crime – more often associated with co-morbid substance abuse.  It is the co-occuring illness of drug or alcohol addiction that is a confounding variable in all police-mental health encounters.  “Doctors and scientists know that the perpetrators of such violent behavior including incidence mass shooting events are frequently angry young men, who feel they have been mistreated by society and therefore seek to exact revenge” described in a BBC the report Criminal Myths published in November. 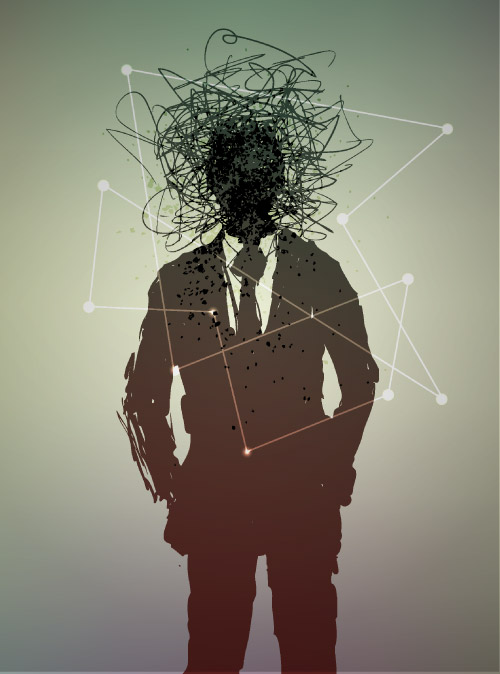 “Confounding variables such as a history of childhood abuse or use of alcohol or drugs can increase the odds of violence.” according to a BBC report debunking the belief that people who commit mass murder are mentally ill  by Rachel Newer in November, 2018.  The vast majority of cases are committed by a person or persons without mental illness.  In fact, people with mental illness are more likely to be victims of crime and are not prone to violent behavior. The Thousand Oaks killer refused any mental health support and was not driven by demons

The interaction of substance abuse and mental illness is complex.  Persons with drug and alcohol addiction must be expected to become sober with the help of substance abuse treatment and family support. The risk of violence and suicide declines when sobriety can be maintained.  This is essential and will help to reduce officer involved use of force against the mentally ill substantially.  What to do?

Red flag indicators are often demonstrated in behaviors that are observable and measurable sometimes for weeks and months before the terminal event according to Michael Sefton, 2015.

The incidence of mental illness leading to mass shooting may be illustrated in the 2007 Virginia Tech shootings.  The Virginia Tech shooter Seung-Hui Cho had been treated for depression and was hospitalized on an involuntary basis prior to the rampage in 2007. Cho exhibited a life-long pattern of withdrawal from interpersonal relationships. He was often nonverbal and did not respond to people who reached out to him including direct family members.  His mother prayed for God to transform her son.

I strongly believe that mental illness does not mitigate citizens from responsibility for crimes they commit. I agree that alternative sentencing may be a powerful tool to bring these individuals into treatment. The substantive goal of streamlining encounters between police officers and citizens who suffer with untreated emotional problems belies the mission of these gifted officers and can teach others the role of discretion in mental health encounters.

Ostensibly, building relationships with network psychotherapists, physicians, addiction specialists, court judges, and other support service like Child and Family Services is essential. This is the area of most vulnerability.  When LEO’s fully buy-in to the mental health – police intervention model including the use of de-escalation techniques there must be receiving facilities available to initiate treatment and keep patients and citizens safe. The development of a fully integrated infrastructure for jail diversion, intake, and providing for the needs of the mentally ill is certainly a work in progress.

“And when it comes to mass shootings, those with mental illness account for “less than 1 % of all yearly gun-related homicides” a 2016 study found. Other studies indicate that people with mental disorders account for just 3-5 % of overall violence in the US”  – Paul Appelbaum, M.D. taken from BBC by Rachel Newer 11-1-2018

Sefton, M. (2017) https://wordpress.com/post/msefton.wordpress.com/4561
Mentally ill American’s and their proclivity to act out against authority.

Washington Post (2007) Rescue and Recovery: A story of resilience that began with the scene in this photograph, Blog post: taken on April 16, 2007. https://www.washingtonpost.com/graphics/local/virginia-tech-five-years-later/?noredirect=on&utm_term=.cd170ba2ac09 taken 11-10-2018