One third of all police shootings — 55 in all, fatal and nonfatal — involved an apparent mental health crisis” according to the Boston Globe Spotlight story  written by Jenna Russell in July 2016. 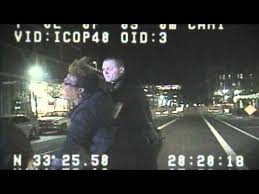 WESTBOROUGH, MA January 20, 2017 Where are the families of the mentally ill?  Where is the personal responsibility for accessing and staying in treatment. The mental health system has not failed here in Massachusetts but changes are needed. The Globe’s Jenna Russell highlighted the frustration and agonizing pain felt by the wives and mothers and fathers of people suffering from mental illness. Russell cited the lack of of resources available to those in need leaving them to emotionally languish. During these times they sometimes come into contact with police raising the likelihood of both substance abuse and violent encounters. Families must be educated for what options they have while waiting for help but ultimately they must work to keep their loved one clean and sober.  In doing so the likelihood of violent police encounters will drop substantially – perhaps saving a life.

One third of all officer involved shootings involve someone with mental health issues according to the Boston Globe Spotlight report.  “Such provocations are motivated not by violent intent, typically, but rather by self-destructive despair or delusions” resulting in police using lethal force to end the threat.  No police officer anticipates the reaction he or she may have to this scenario and are often traumatized by their encounters. Yet all police officers are conditioned to respond with lethal force when they are met with life threatening, violent comportment – whether mental illness is the underlying cause or not. They train for it. It is often impossible to determine subject motivation and intent when someone is menacing with a firearm or edged weapon. The tragic reality is only realized in retrospect where everyone has 20-20 vision.  The Boston Globe recently spotlighted what was described as a “failure” in the mental health system in Massachusetts.

The use of drugs and alcohol elevate the risk for lethal police interactions.  These risks are extreme when persons living without treatment loose control and want to die.  When working as a police officer, I was involved in a violent fight with a depressed and intoxicated 40-year old female who was also taking drugs. She was yelling “kill me, go ahead and kill me” over and over. There were 3 officers on the scene including myself.  The female had no weapon that we could see.  The level of violence that was needed to take her into custody was stunning and resulted in broken windows and destroyed furniture. It was shortly before we obtained taser training and this would have been an ideal scenario to use that tool.  The combination of drugs, alcohol and depression yields a person of interest who has intentions that are difficult to assess and more difficult to predict. They experience their emotions deeply often with poor impulse control and amplified hopelessness.  Once this woman lost control of her behavior the violence escalated dramatically raising the risk of injury or death to officers and herself. Ultimately she was taken into custody and brought for a mental health evaluation.  Her emotional behavior and despair lessened as her level of intoxication decreased as it does with so many others.

We all went home feeling like we had been through a battle but we were safe and unhurt.